'The New Mutants' Review
A Fun Albeit Familiar Superhero-Horror Flick 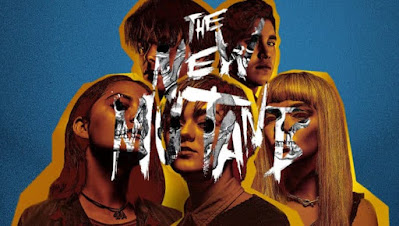 After three years of delays, the unintentional final chapter in Fox's X-Men cinematic universe has finally arrived. With the long wait, the question is: was it worth it? The answer is simple: most certainly! 'The New Mutants' follows five young mutants suffering from Survivor's Guilt as they are just discovering their abilities. Being held in a secret facility against their will, they fight to escape their past sins and save themselves.

While it is labelled as a "horror", the movie isn't necessarily scary. Even though there are creepy creature designs and tense sequences scattered throughout, 'Mutants' is more thrilling than terrifying. The fact that the movie isn't as scary as one would hope is ultimately almost forgiven thanks to the enjoyable yet borderline one-note cast of characters, the solid performances from the young cast that bring them to life and the interesting high-school drama extracted from their interactions.

Given director Josh Boone's filmography, it isn't shocking that this film features a love story. Easily one of the best elements of the movie, the subplot revolving around the relationship between Blu Hunt's Danielle Moonstar and Maisie Williams' Rahne Sinclair is a sweet one. The fact that it is a love story that just so happens to be between two women and is fleshed-out is incredible.

Although there is quite a bit to enjoy in 'The New Mutants', it isn't completely without its problems. Some of the reveals to the mysteries are predictable, especially if you have knowledge of the comic books or other X-Men movies. The biggest flaw of all is its length. Standing at just 94-minutes, this movie packs a lot into its short runtime, a chunk of which isn't fully explored or expanded upon. If it either added an extra 30-minutes or even extended it to a whole mini-series, these elements could work far better with more space to breathe.

Existing in its own isolated corner of the now-cancelled Fox X-Men universe, Josh Boone's 'The New Mutants' is a fun and thrilling albeit familiar horror-superhero flick boasting great performances from its cast, exciting set-pieces and an intriguing story.