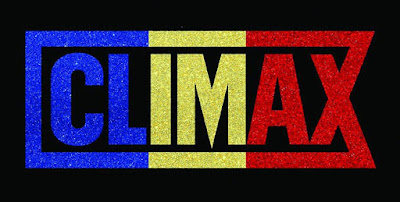 DISCLAIMER:
This review will talk about some very mild spoiler plot points from the film, it is best advised to watch this movie blind. If you'd like to watch 'Climax', I recommend not watching the trailer, not reading up anything about this movie online and clicking off this review but you are welcome to continue reading if you would like.

Argentinian director Gasper Noé has directed five feature films over the past twenty-two years, starting with 'I Stand Alone' in 1998. In 2018, Noé's fifth film, 'Climax', was released. The movie follows a group of young dancers as they gather in a remote and empty school building to rehearse on a cold and wintry night. The all-night celebration soon turns into a hallucinatory nightmare when they learn that their sangria is laced with LSD.

The ninety-seven-minute long movie is split into two halves. The first half is fairly tame compared to what follows, except for the opening shot. It features an incredibly well-choreographed dance sequence and spends a lot of the time setting up the characters through several conversations, mainly containing two dancers talking to each other about the other dancers. But from the moment the second round of credits appear on-screen, roughly around the forty-four-minute mark, the movie quickly transitions into something almost unrecognisable to what came before it.

You won't be at fault for not enjoying 'Climax'. The arthouse style and unconventional storytelling are not for everyone and some of the content shown in this film is quite disturbing and unnerving, but it is hard to argue that this is a poorly constructed film. Both in terms of filmmaking and acting, this movie is impressive. The cinematography is breathtaking, the one-shot sequences are technical marvels and the direction is impeccable. The performances from the young dancers are also fantastic; it is truly incredible the actors were able to deliver such believable performances under the pressure of long-spanning one-takes.

Terrifying, self-indulgent and nauseating, 'Climax' is a visually stunning and jaw-dropping piece of French cinema that is as unsettling as it is unforgettable.