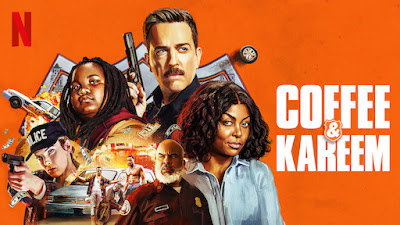 From the director of last year's 'Stuber' comes 'Coffee & Kareem'.
The movie follows Detroit police officer James Coffee and his girlfriend's 12-year-old son as they must clear their names and take down the city's most ruthless criminal.
Although there are some funny moments throughout the short 88-minute runtime, a lot of the jokes fell completely flat.
Actors Ed Helms and Taraji P. Henson try their best playing James Coffee and his girlfriend Vanessa but with their awful dialogue and the poorly written characters, they ultimately crumble under the pressure. While newcomer Terrence Little Gardenhigh appears to be having fun playing 12-year-old Kareem, his character comes across as a discount member of the Bean Bag Boys from 'Good Boys' minus any of the charisma and likeability. Betty Gilpin is the saving grace of the movie. Every scene she is in is infinitely more tolerable than the ones without. She succeeds in every way her co-stars fail; clearly having fun with her character as well as elevating the terrible screenplay.
The biggest flaw in a sea of flaws is the awkward tone. At first glance, the movie appears to be a family-friendly buddy-cop romp but the final result is a mish-mash of that and thoroughly adult humour with graphic violence.
With a bad script, subpar performances, an odd tone and a misguided story, if you're looking for a fun buddy-cop action-comedy, don't watch 'Coffee & Kareem'.
Labels: Reviews Reviews from 2020