'Rocketman' Review
Get Ready for the Comparisons to 'Bohemian Rhapsody' 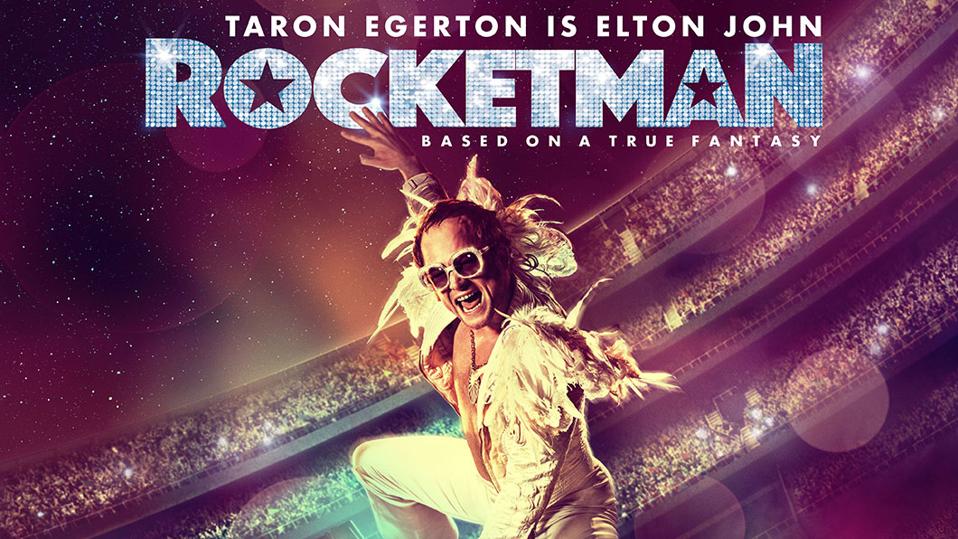 Even though both 'Bohemian Rhapsody' (★★★★) and 'Rocketman' were directed by the same director, they both felt different in tone and style of presentation. Where the Queen biopic was a straight-forward safe, formulaic retelling of the band's life, 'Rocketman' is a fun, musical biopic that isn't afraid to go into dark places.

Taron Egerton is fantastic in this movie. I wouldn't be too surprised if he gets nominated for Best Leading Actor at several awards shows this award season, considering what happened to Rami Malek at last awards season.

The opening scene ending with the music number 'The Bitch is Back' sets the foundation to come. The scene makes us aware of the tone and lets the audience know that isn't your normal biopic. There are several scenes of excellence throughout the film.

The biggest criticism of 'Rocketman' is the pacing. I understand that squeezing around thirty years into a one-hundred and twenty-one minute film can be hard, I do know that they are most likely going to make a sequel but personally I thought this movie could have benefited from being a mini-series. It could have developed scenes that felt rushed and they could tell more of Elton John’s entertaining story. Despite the flaws, there was never a scene where I wasn't enjoying myself.

'Rocketman' isn't your normal biopic. If you expect a straight-forward retelling of Elton John's life like last year's Queen biopic, you won’t get it. If you are a fan of Elton John, you will love this movie. It isn't without its flaws, but it is still a very enjoyable movie.
And yes, I like 'Rocketman' more than 'Bohemian Rhapsody' (★★★★).

Bonus Content:
Four things that I said to myself or thought about while watching 'Rocketman':
1. When the establishing shot of Madison Square Garden appeared on screen, I immediately said to myself, "That got blown up in '98".
2. At the end of the movie when Elton John (played by Taron Egerton) starts singing 'I'm Stil Standing', I said to myself, "Hey, that's the song from 'Sing'" and instantly realized that Johnny from 'Sing' and Elton John from 'Rocketman' are played by the same actor.
3. I watched 'Kingsman: The Golden Circle' and 'Rocketman' in the same cinema.
4. There are several scenes where I was getting 'Billy Elliot' vibes, and hardly any of the scenes included Jamie Bell, who played the titular character in the 2000 film.