'Godzilla: King of the Monsters' Review

'Godzilla: King of the Monsters' Review
Long Live the King 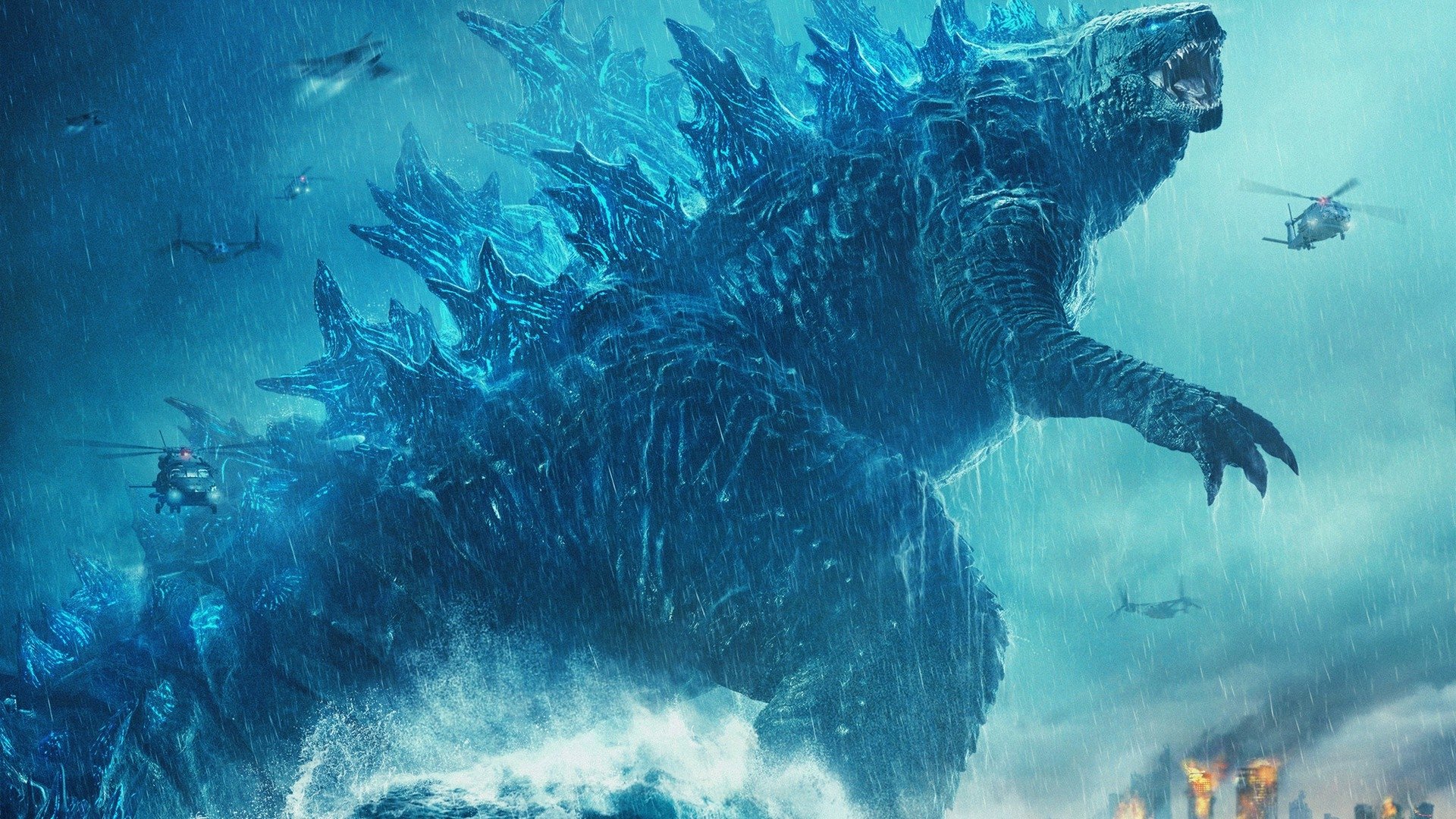 'Godzilla: King of the Monsters' was not only my most anticipated movie of 2019, but it was also my most anticipated movie of all time. Never have I been so excited for a movie in my life. It is (as of 6/6/19) my favourite movie of 2019 (Yes, I think 'Godzilla: King of the Monsters' is better than 'Avengers: Endgame') and third favourite movie of all time. I had been excited to see where they go with Godzilla after walking out of that cinema five years ago. My anticipation grew more after finishing 'Kong: Skull Island' and ever since they released the first trailer back at San Diego Comic-Con 2018, I hadn't been able to stop thinking about this film. I watched this film twice within 24 hours of each viewing.

The CGI in 'King of the Monsters' is incredible.  From the opening scene to the final extended fight scene between Godzilla, Rodan, Mothra and Ghidorah, never has anything seem so real on the big screen. If this movie doesn't win Best Visual Effects at the 92nd Academy Awards, I don't know what will.
Each of the Titans has their own distinct personalities. Instead of being a one-note city-destroying kaiju, they had traits and characteristics. A great example of this is with the behemoth Ghidorah. GIven he has three heads, each one has there own quirk or role to play. The middle head is the leader out of the three and during some of the fights you can see one of the outside heads look at the civilians and other kaiju.

The acting was great. Being Millie Bobby Brown's first feature film, she was amazing. There is a scene where she is arguing with Farmiga's character that was engaging. Her mannerisms made her feel like a real teenager that you can relate to. Whitford was hilarious as the comic relief for the film. His wackiness made him feel like a cartoon, which never felt out of place in a movie with a giant lizard that is fueled by nukes. Farmiga and Chandler were great as estranged husband and wife. Emma's arc throughout the film was great. Not knowing if what she is doing is for the greater good and for the betterment of her family, and which one is more important. You grew close to the Russell family and actually care about them.

Just like a lot of Godzilla and other Toho films, 'King of the Monsters' isn't without an environmental message. The underlying message about climate change is as relevant as ever.

No other score that I've heard this year deserves to win Best Original Score at the 92nd Academy Awards then Bear McCreary's score for 'Godzilla: King of the Monsters'. The score has no lack of beauty. Not only does it complete a scene it also adds a special touch to it. His rendition of the original Godzilla theme is amazing and the end-credit song titled 'Godzilla' featuring Serj Tankian is, with a lack of a better word, awesome.

This movie is jaw-dropping fantastic! The entire third act I couldn't stop crying of happiness, my face was numb and I couldn't stop my legs from shaking. I couldn't control myself. It was dying and then being brought back to life. Seeing Godzilla and his other Toho companions duke it out in Boston is one of the best things ever put to film. My eyes started dry up due to me not blinking as I didn't want to miss a single frame. That final act was everything I wanted and more!
Watching Godzilla walk towards Ghidorah with fighter jets flying overhead was one the highlights of cinema and no third act will come close to being as good as the third act in this film.

'Godzilla: King of the Monsters' is a Godzilla film for fans, by fans. Make sure you watch it on the biggest screen possible and support this movie (legally)!

Bonus Content:
In the credits it says:
Godzilla - Himself
Ghidorah - Himself
Mothra - Herself
Rodan - Himself
Which I found to be pretty funny.

Also, make sure to stay till the end of the credits as there is a post-credit scene.

Check out these other links if you enjoyed my 'Godzilla: King of the Monsters' Review:
My Love for Godzilla
'Krampus' Review
'Godzilla' (1998) Review
'Godzilla' (2014) Review
'Kong: Skull Island' Review
Best to Worst of 2019
Top 24
Godzilla: King of the Monsters (Original Motion Picture Soundtrack)
My Thoughts on Netflix's Stranger Things
Alex O'Brien Talks About The Movie Industry | Piracy of Movies
Labels: Reviews Reviews from 2019