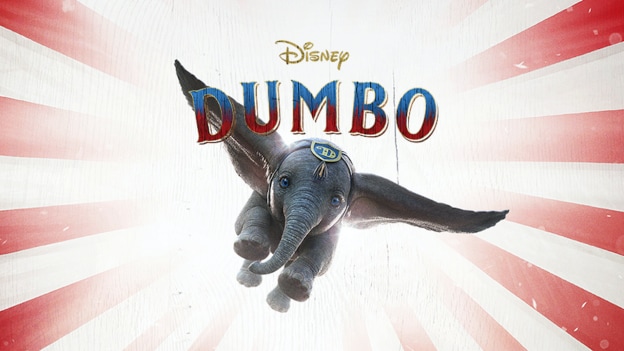 Rating: ★★½
‘Dumbo’ stars Colin Farrell as Holt Farrier, Eva Green as Colette, Danny DeVito as Medici, Michael Keaton as Vandemere and Nico Parker as Milly Farrier and it’s directed by Tim Burton.
It is one of three remakes Disney is making this year, ‘Aladdin’ and ‘The Lion King’ remakes will be coming out later in the year.
‘Dumbo’ is plagued with bad in-movie and out-of-movie decisions.  The acting is lousy, and the script lacked depth. This movie is aimed at 4-8-year-olds and fans of the original Disney classic would enjoy it.
This movie was not as good as I expected, I enjoyed Burton’s previous film ‘Miss Peregrine’s Home for Peculiar Children’ (★★★), but I should have known, being a Burton film, that ‘Dumbo’ was going to be dark.

I found the acting in this movie to be all over the place, while some were trying too hard and overacting, others were static.  Milly Farrier, played by Parker seemed to lack emotion and didn’t bring the spark to the movie that I thought she would.  She wasn’t the only actor I thought was miscast in this movie. Colin Farrell and Eva Green didn’t have any chemistry together and Michael Keaton who played the pivotal role of  V.A.Vandemere, couldn’t do justice to the over-the-top villain.

I do have to say that the CGI and cinematography was great. The titular character was adorable with his large eyes and out-of-proportion ears.  I would have loved to have seen more with circus mice and cheeky monkey.

But sadly, the negatives out-weighed the few good things in this movie.

In the end, unfortunately for me, ‘Dumbo’, was a swing and a miss.  I think Disney spent more time on the CGI, and banking on the audiences nostalgia, then putting the effort into the script to make this a great and enjoyable movie.