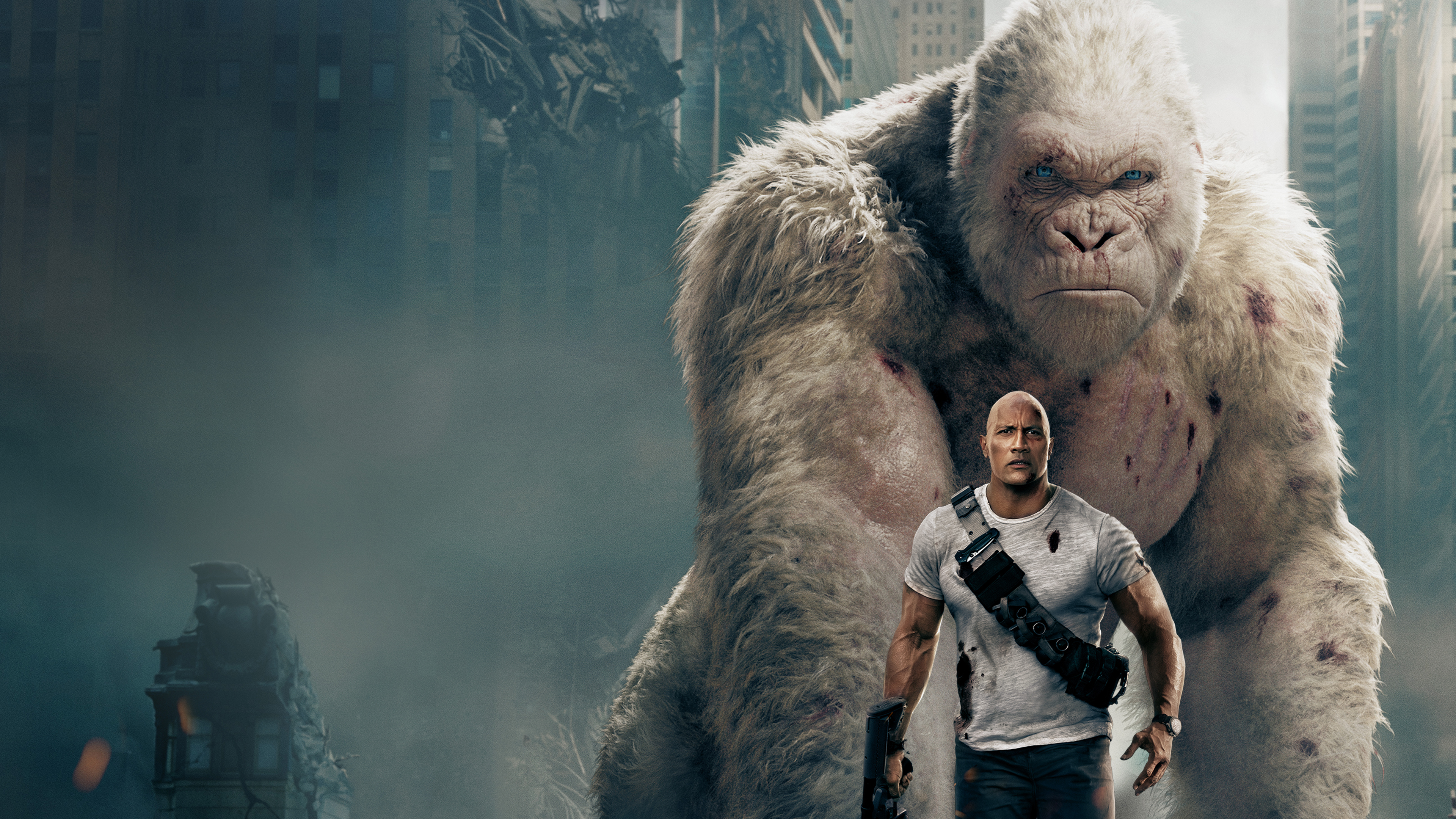 Rampage is directed by Brad Peyton and stars Dwayne Johnson as Davis Okoye, a man who has stronger relationships with animals than with humans. His best friend, a rare albino gorilla called George smells toxins that escape the experiment. The toxins mutate Davis' friend a gentle gorilla to a raging giant with incredible strength. George isn't the only creature that is mutated by this science experiment, he is joined by a crocodile and a wolf by the name of Ralph (Quote from Rampage: "Weirdos on the internet are calling him Ralph"). Now Davis and some people he meets along the way have to stop George and Co. from destroying Chicago.  This movie is loosely based on the arcade game by the same name.

If you could tell, this movie is very dumb but fun. I will probably forget the plot to this movie by the end of the day but I'll remember that I had fun. And I feel like that's all the movie ever wanted you to have.

Jeffery Dean Morgan and Dwayne Johnson did a good job with the material they were given. It wasn't amazing but it kept me entertained during the slow and boring parts of this film. The 'Destruction of Chicago' scene takes 1h 4m to happen and only lasts for 25 minutes before it starts to decline in quality.

If you're bored on a weekend afternoon and want to watch a forgettable, dumb yet fun action film with a giant wolf called Ralph, Rampage is the movie for you.
Labels: Reviews Reviews from 2019