Hello Readers,
Today I'll be reviewing Bradly Cooper's A Star is Born.
This new A Star is Born is the fourth remake with the original released in 1937.
It stars Bradly Cooper and Lady Gaga, and is the directorial debut by Bradly Cooper.
This new movie follows Jackson Maine, a musician who is addicted to drugs and alcohol, and Ally, a struggling up-and-coming singer.

First of all, is this movie good?; yes, would I buy it on Blu-ray?; yes, does it deserve all the awards it will probably be nominated for or win?; yes, is the movie without its problems?; no. And that's what I want to talk about. This movie has some problems but it doesn't derail the movie. I still love this movie.

The music is one of the best parts of this movie. In my opinion, Shallows already won the Oscar for Best Original Song. It's an amazing song that gives me goosebumps and almost makes me cry when listening to it. I'll Never Love Again is also an amazing song that I felt like hasn't been getting as much praise as I think it should. It's an incredibly sad song when you listen to the lyrics but it's a powerful one too. I do recommend if you were going to listen to it again, listen to the Film Verison as it hits those emotional hearts strings and is just the better version of the song in my opinion.

The scenes that occur in the first 20 to 30 minutes of this movie are the movie's best. It introduces us to the characters, their traits like how Jackson is an alcoholic and how Ally is a great singer who just hasn't been able to hit it big because of how she looks.

The only problem that I have with this movie is how some scenes were edited and paced. There is a scene in particular that I found a bit odd and out of the blue, and while researching for this review I came across other reviews that said the exact thing I was thinking. The reason in why I'm not telling you what happens in the scene that is so out of the blue is because it happens around the halfway point of the movie and I consider it a spoiler. 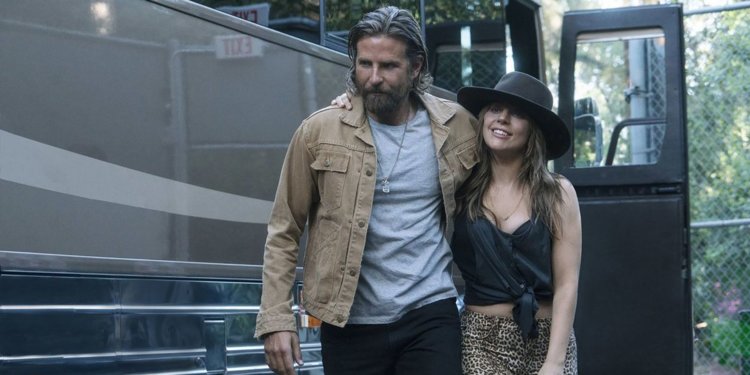 In the end, A Star is Born is a fantastic movie that was close to being a masterpiece if some scenes weren't edited or paced the way they were. I love this movie and I will continue to with each viewing. I give A Star is Born an 8.75/10.

Edit: I forgot to proof-read this. Just realised my mistakes and edited a bit. This review was rushed (even though it was delayed, twice) and I personally don't like this review. If you find a mistake, make sure to tell me. Also this final review was edited a bit from the one in the email (subscribers get emails when I post).

Bonus Content:
SPOILER WARNING!!!
If you have not watched A Star is Born yet, turn back!

A Star is Born has several great characters but today in Bonus Content, I want to talk Jackson Maine. Jackson Maine is one of the two main characters in this movie and I want to talk about his story arch throughout the movie. Now if you didn't read the warning above, I will be going into spoiler territory. So if you haven't seen A Star is Born yet, I highly recommend you do before reading on.

The first shots of the movie are great. They show who Jackson Maine is without saying any words, besides the singing. It shows that he drinks, takes drugs and is a musician that a lot of people like. You don't realise until a few scenes later on why Jackson abuses alcohol and drugs. It was because no-one treats him like a human being. A quote from the movie is:
Cashier: [snaps a picture of Jack with her phone] "I'm sorry. Had to."
Jack: "It's alright."
Ally: "It's not really alright, but.."
Jack: "Have a good one."
This exchange between the three characters shows that people just see him as a celebrity, not a human. There was another quote that I was trying to find but I couldn't find it. The quote that I was looking for was from the bar, where Ally punched a stranger because of the way he was treating Jackson.

After Jackson's first concert of the movie, while in the car being driven to a place so he can get some alcohol, he looks out the window. Outside the window, Jack sees a massive billboard with several nooses on it. This isn't the only time the movie foreshadows Jackson's death by suicide. Later in the movie, while at the rehab place he tells a fellow inmate the story of how he tried to "do the deed" when he was younger.

After rehab to get over his alcohol and drug addiction, Jackson is all good. He was starting to become sober. He was finally becoming the only half of him that was nice. He got his life back on track. But Rez, Ally's manager, just had to tell Jack that he was "an embarrassment" and "is a jerk for still being married to Ally". This tipped him off the edge. Causing him to say "I just wanted to take another look at you" for the last time to Ally before committing an unspeakable crime. The final song that he wrote him was a letter in the form of a poem to his wife telling her that she loved her and wished that he didn't have to say goodbye that way. It's a powerful and incredibly sad song that sums up the movie in 4:41 minutes (or 5:29 minutes, depends on what version you listen to).
Labels: Reviews Reviews from 2018