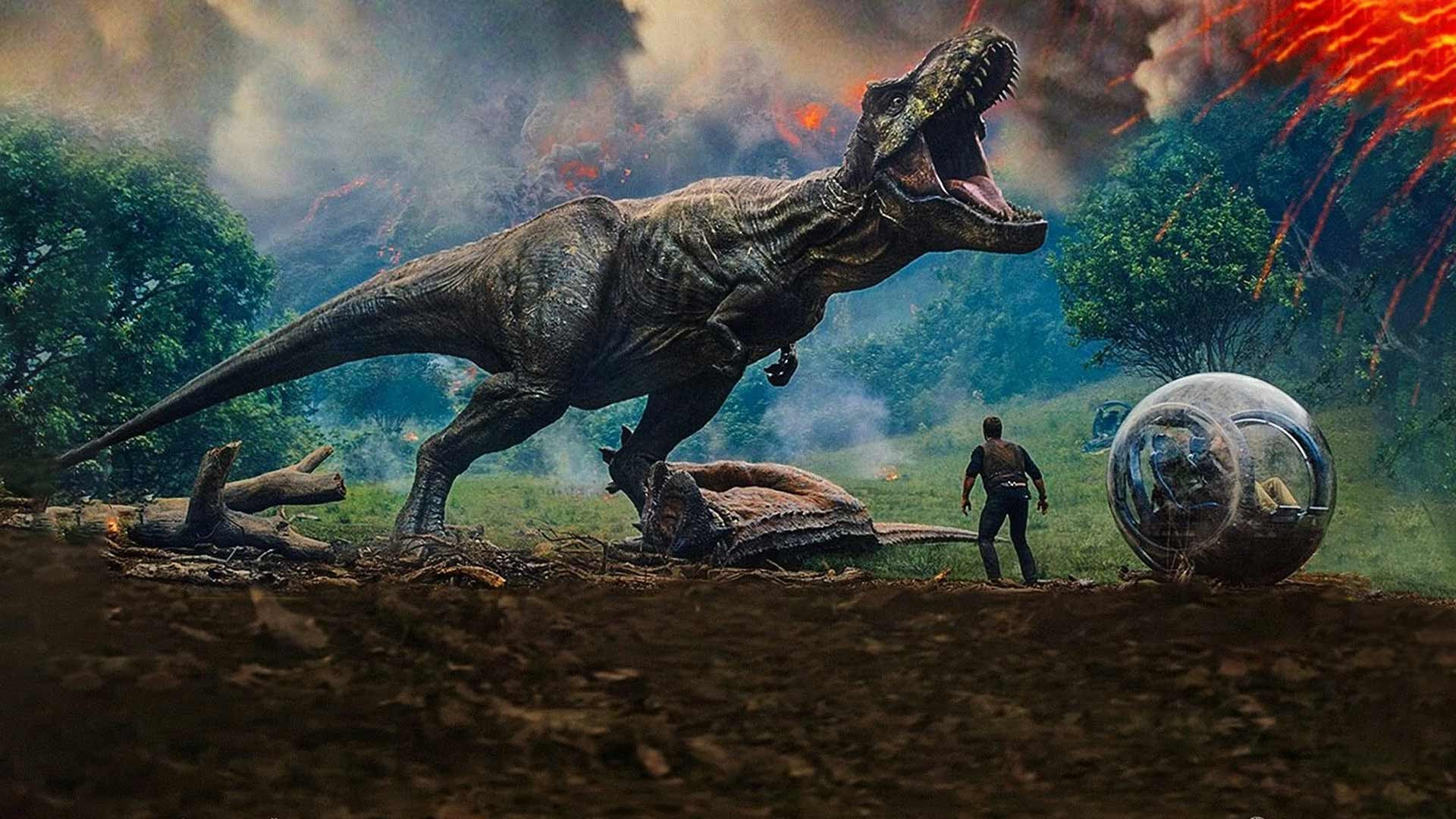 Before this (very late) review starts, I'll like to thank you for 3,000 pageviews. This means a lot to me as it shows that people do like to read my blog.
Now for the (not so) regularly scheduled movie review:

Around two months I watched 'Jurassic World: Fallen Kingdom'. After watching, I started writing this review:
"I recently went and watched Jurassic World: Fallen Kingdom and I have to say "Don't watch this movie alone".
That is not because it is scary and you would probably need to hold onto someone for dear life. No, I'm saying to watch it with a friend because you will be confused on what you just saw that you need to double check with someone that what you just saw.
That statement doesn't mean I thought the movie was bad, I just think that it is left off with questions that need to be answered, and quick.

First of all, Jurassic World: Fallen Kingdom is directed by J. A. Bayona. It is written by. It stars Chris Pratt and Bryce Dallas Howard as Owen Grady and Clarie D".

As you could tell, I never completed it, until now.
Jurassic World: Fallen Kingdom is BAD!
It took me two months to comprehend this movie as it made NO SENSE!
I remember walking out of the cinema and thinking to myself "This is an 8.5/10". Then when I started writing this review two months back, it dropped to 7.5/10. Now I'm starting to think it's a 4/10.
It dropped from best 3rd place to best 5th Jurassic Park/World movie.
This movie is worst then Jurassic Park 3!

First of all, this movie is forgettable.
I forgot that this movie existed until I looked at my 'Drafts' section of my blog's Dashboard and saw that this review was stuck in unreleased limbo.
All that I remember was: 1. The new dinosaur-hybrid 'Indoraptor' looked cool and interesting in the trailer but turned out to be TERRIBLE in the final movie. I liked the 'Indominus Rex' from Jurassic World. I thought the creature was scary and entertaining. They tried to recreate the feeling of terror with the Indoraptor but failed, majorly.
2. Twelve dinos' cost $120,000,000ish dollars at the auction. That should be the price of one, not a dozen
3. There was no way that auction wasn't going to be noticed by the old man whose house was hosting the auction.
4. Always eat choc-tops right at the beginning, not twenty minutes into the movie. They melt, quickly! (Don't actually add that into the final copy Alex)
5. It's predictable. Beginning to end!
and finally,
6. Jurassic World: Fallen Kingdom's ending only exists so Colin Trevorrow can direct a movie where dinosaurs are out in our world and killing us.
Not saying I'm against that (I'll still go watch that movie), it's that this movie is only here for that reason.

Quote by my cousin Cody Osborne:
“The first few of the franchise were great, action-packed movies. But when Jurrasic World came along, it was apparent that Universal was attempting to milk the franchise. Jurrasic World 2 is no different, albeit a great action movie, but lacking a good story and satisfying ending. 2.5/5 stars.”
Link to Cody Osborne's YouTube channel: https://www.youtube.com/channel/UCkGh2k4nWJm1FKgLDafXpiA.

In the end, 'Jurassic World: Fallen Kingdom' is probably one of the worst movies of the Summer/Winter. It's forgettable and I can only recommend this movie to people that go into the next movie not knowing why there are dinosaurs roaming the planet that the once did, millions of millions of years ago. As you could tell, I give 'Jurassic World: Fallen Kingdom' a 4/10.

Thank you for waiting so long for this review of 'Jurassic World: Fallen Kingdom'. I'm sorry I was late on writing this but I hope it was worth the wait. There are a lot more things that I wanted to write about this movie but I forgot them.
Have you seen 'Jurassic World: Fallen Kingdom'? Did you like it (unlike me)?
My next review should be of Spike Lee's 'BlacKkKlansman'.
Don't forget to complete my survey: https://goo.gl/forms/0vjIsoO0SRY7XRGH3.