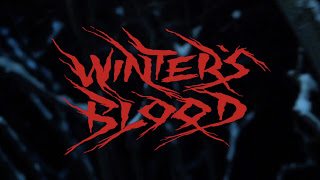 Rating: ★★★½
Park Brennon's fourth directorial outing, 'Winter' Blood' is an enjoyable horror short film. Tense and spooky, this short follows a young woman as she gets entangled in a year-end ritual. The premise was interesting and it left me intrigued to know more about the lore behind her ritual, but it's just a shame that the short film is only four minutes long. If it was longer, Brennon could have been to expand upon and explore more of this twisted world. The short was well-shot and given it's low-budget it was competently lit. The restrictions on production lighting even helped give off a sense of eerieness. Composer Jonathan Snipes' score sets the tone extremely well. The music feels very much like something from an 80s horror film, making this short as a whole feel like something straight out of that decade. The acting, for the most part, is simply fine. The lead Tila Darshae does a good job selling the terror of the situation. With an amazing score that feels like it's from the 80s, solid acting from the cast, a tight script, good use of limited resources, visually exceptional cinematography, 'Winter's Blood' is a great short film written and directed by Parker Brennon that could have been benefited from a longer runtime.

'Winter's Blood' is currently available to watch for free on YouTube
Labels: Reviews Reviews from 2020