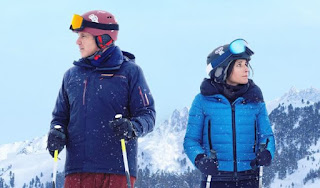 For a remake to feel necessary, it must meet the following criteria: understand the original's themes, pay tribute but purposefully, be respectful of the original and have a unique approach and ana acceptable reason to be made. 'Downhill' doesn't meet any of them.
Based on the 2014 Swedish drama-comedy 'Force Majeure', the American remake 'Downhill' follows the downwards spiral of a family whose thrown into disarray when father Pete grabs his phone and leaves his wife Billie and two kids Emerson and Finn when an avalanche is heading towards their restaurant while on a family holiday in the Alps.
On its own merits, this is a mediocre family dramedy. But compared to the excellent original, its inferior in almost every way.
While this movie isn't without its positives such as Julia Louis-Dreyfus' good performance, Will Ferrell's out-of-type performance as a selfish and egotistical father and some of the new elements that worked. Outside of that, there's not a lot to like.
This film strips all the subtly and nuance found in 'Force Majeure' and replaces it with in-your-face dialogue and hit-or-miss jokes. Almost everyone who isn't American (most notably the Swedish) is treated like hyper-sexualized beings used as the punchline of several jokes that are nothing but offensive and disrespectful. New additions to some of the characters felt questionable and needless. The creative decision of changing the way the avalanche scene, the turning point of the movie, is shown felt not only bizarre but very Americanized; ultimately taking one the most iconic scenes from the original and ruining it.
For a remake based on a sophisticated look on gender roles and the male ego told through the perspective of a collapsing marriage, 'Downhill' is extremely lacking. Not without its bright spots, the poor direction by Nat Faxon and Jim Rash combined with the bad writing from Faxon, Rash and Jesse Armstrong let down the possibility of a great remake to an excellent Foreign film.
The biggest positive about this film is that it notifies people that 'Force Majeure' exists.
Labels: Reviews Reviews from 2020