'To All The Boys: P.S. I Still Love You' Review 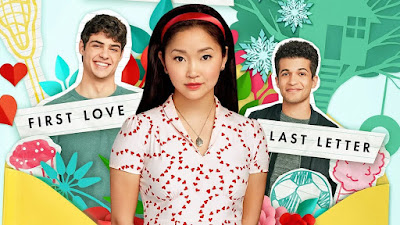 After the critical success and popularity of 'To All The Boys I've Loved Before', I was interested to see where they would go with the sequels given I haven't read any of the books. Now having seen 'To All The Boys: P.S. I Still Love You', I wish they hadn't followed the route of the source material and stuck to one film. While it isn't without its positives, the acting has improved across the board and the chemistry between characters (especially in the first act) is fun and makes the movie watchable. But outside some minor (and spoiler-filled) elements that ranged between decent and good, that's where majority of the positives end.

The addition of John Ambrose, mediocre writing and an annoying story made this a frustrating watch. This movie's obsession with unnecessary character assassination is irritating. It turns characters you loved in the previous film into hateable characters in this movie.

Where 'To All The Boys I've Before' was a fresh addition to tiresome teen-orientated rom-com subgenre, 'To All The Boys: P.S. I Still Love You' is the complete opposite. A movie that doesn't earn its existence and feels more like a hatred-filled fan-fic, if you enjoyed the 2018 predecessor, steer far away from this flick.
Labels: Reviews Reviews from 2020