Hello Readers,
Sorry for not uploading last week. This review is a bit last minute and I hope I gave the movie the justice it deserves.
Now for the reivew:

This is the second movie in Edgar Wright's Three Flavors Cornetto Trilogy, with other movies such as Shaun of the Dead and The World's End being apart of it. In my personal opinion, Hot Fuzz is the best out of the three. I do like the other two a lot, it's just I prefer this movie more.

The plot of this movie is simple: Cop promoted to Sergent in a rural town soon finds out that things aren't as they seem. But the way it was executed is amazing. The opening scene is fantastic. It's funny, it introduces us to the main protagonist, shows us what type of editing this movie will have and most of all, it foreshadows what's to come. If you don't understand what I'm talking about, in every movie apart of this trilogy, a character always gives away the entire movie without the audience knowing they did. In Shaun of the Dead it was Ed's Blood Mary speech and in Hot Fuzz, it's Nicholas Angel's Met Chief Inspector's speech. 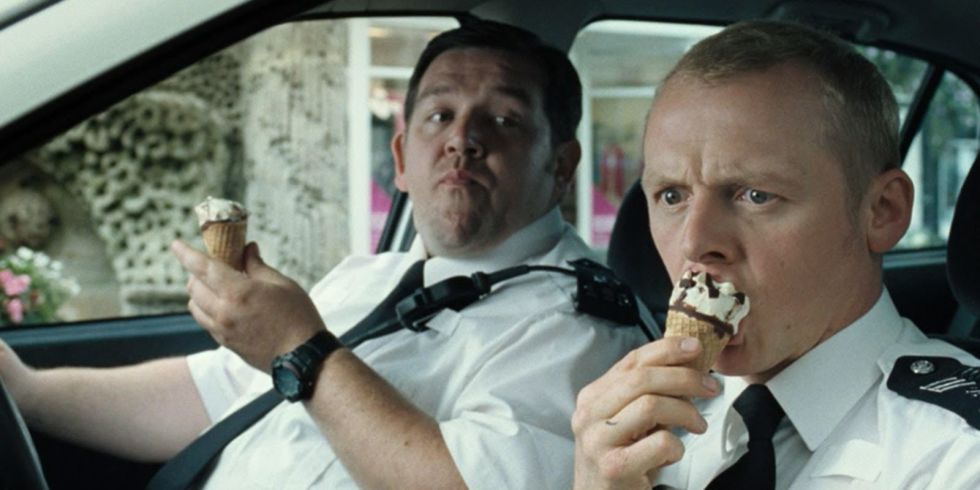 One of the main reasons why this movie is rewatchable is because of the jokes. With a lot of comedies, they tend to get boring after the third and fourth watch because of the jokes. You know them and they become stale. But with Hot Fuzz, each time I go back to rewatch it, I find something new. There might be a joke that is established at the beginning of the movie that gets its punchline in the third act or a line from earlier in the movie that is then turned into a joke that becomes funny because of the situation that they are in. An example of this is when Danny is talking to Nicholas to find out what he is like. Asking him if he has done this or watched that and all the things that they talk about, happens at the end of the movie.

This is the best Simon Pegg and Nick Frost collaborative movie to date. Their chemistry with each is great, you can tell that they are best friends. The movie's best scenes come at the beginning when Nicholas is adjusting to living in a rural village. These scenes are great as they establish the mystery that this small, nice looking village might not be what it seems, the friendship between Nicholas Angel and Danny Butterman, making us care for these characters and making them relatable, and as I said above, establishing jokes. 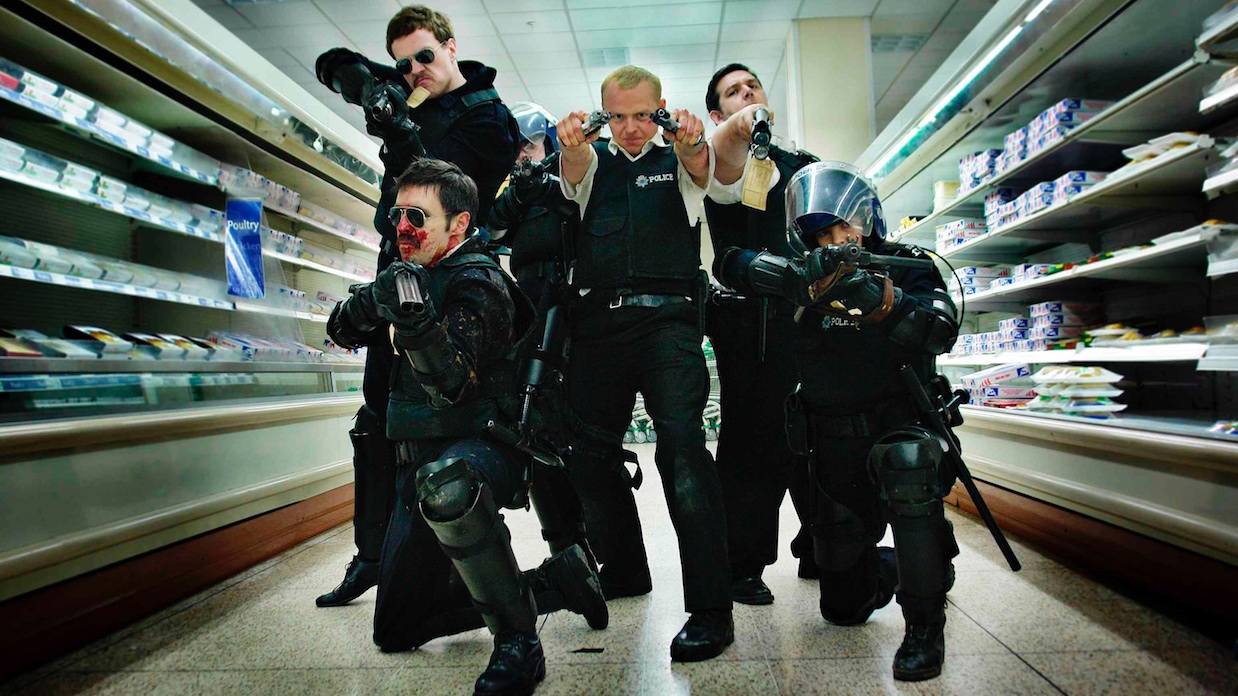 In the end, Hot Fuzz is an amazing buddy-cop, drama and parody of the action genre. With its hilarious writing, fantastic directing and brilliant acting, this movie gets 99% right. I love this movie and I hope you will too. If you haven't seen it, please go watch it!
I give Hot Fuzz a 9.75 out of 10.